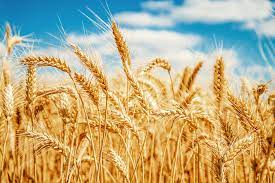 A new University of California, Davis, study sheds light on how trade, and centrality in the global wheat trade network, affect food security.

The study shows that many countries depend on trade to fulfill their food needs. Further, the global wheat trade is concentrated in a handful of countries whereby disruption in only a few countries would have global impacts, researchers suggest.Researchers used international wheat trade data to reconstruct the global trade network and identify the most influential countries.

They found that countries most central to the global grain trade account for more than half of all wheat exports globally by volume: Germany, Italy, France, Turkey, Russia, the United States and Canada. Countries in the Global North with low production capacities control a significant share of that supply chain, given their purchasing power and location adjacent to important wheat trade hubs. This makes the global wheat value chain vulnerable, as a shock to one of these countries is likely to propagate across the globe.